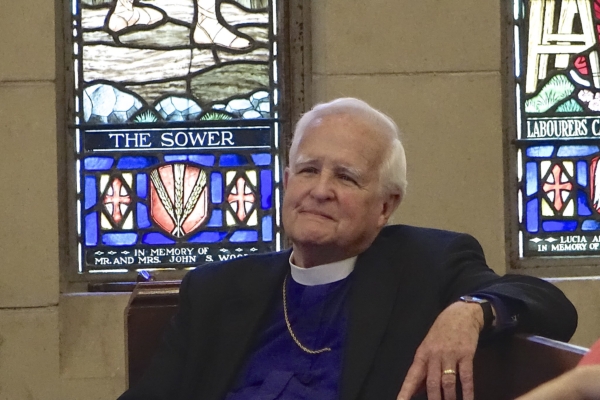 Hulsey was born on Feb. 14, 1932, to Ruth and Sim Hulsey in the old All Saints’ Hospital in Fort Worth. He is survived by his wife, Isabelle; his daughter, Ashley Louise Hulsey and her husband, Marc Kittner, of Philadelphia, Pennsylvania; and his son, Byron Christopher Hulsey and his wife, Jennifer, of Woodberry Forest, Virginia. Stepchildren include Ruthie Porterfield of Houston, and Beth Phillips and Huck Newberry of Fort Worth.

Hulsey had a long and distinguished career in The Episcopal Church, which culminated in his tenure as bishop of the Diocese of Northwest Texas from 1980-1997. The diocesan offices in Lubbock are in the Sam Byron Hulsey Episcopal Center. After his retirement, he moved back to his hometown of Fort Worth.